1. Each team is allowed to sign up to 3 players and one reserve;

2. The reserve player is not counted as an active member of the team, unless it is first notified to the judges, along with the name of the player to be exonerated;

3. Each participant must use, as the name of their “PMC”, a name clearly related to their Twitch name, with the addition of “_WC21”.
Example: Twitch name: Enzo —— tournament name: Enzo_WC21.

2. There are no item restrictions. The only restriction is the “Factory” map, which cannot be played for the duration of the tournament. In the event of an infraction, the entire team must OBLIGATORY exit the Raid by disconnecting. Any points made within the “Factory” map will not be counted;

3. ALL team members are required to enter the raid together. Any points obtained in “Solos” or “Duos” will not be considered for the final score;

4. Points are tracked only for active members. The final score of each team is the aggregated value of all its active members’ scores;

5. Challenges have a priority rating, meaning in the event of a TIE, the winner will be decided by looking at how well the teams performed, starting with the challenges with highest priority. In the event of a further tie, this process will be repeated with the specific scores of the captains;

6. At the end of the three hours, any player still in the game must leave the raid in progress by disconnecting from it.

1. Each team will be assigned a specific voice and text room in the UtopiaGaming Discord where at least one judge will be present for the whole duration of the Tournament in order to ensure its proper conduct;

2. At the end of the three hours, once the last raid has ended, each player has to look at their recap screen (“Overall”) and take a screenshot.

3. Those screenshots need to be named with the name of the team and the in-game name of the player, then sent to your team’s discord channel. In addition, inside the message should be written the link to the VOD of the stream.
This is not an option, failing to make your screenshot identifiable by the judges means it will be considered void. 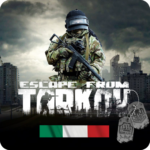 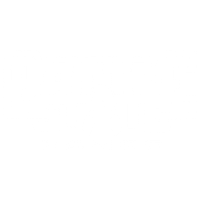